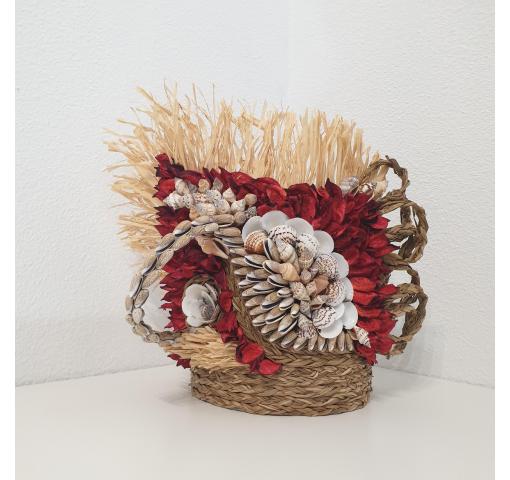 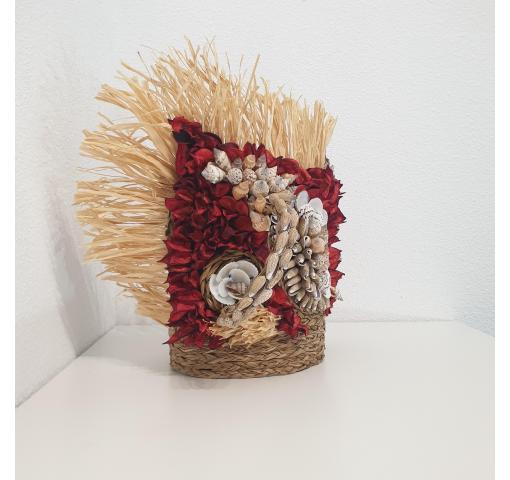 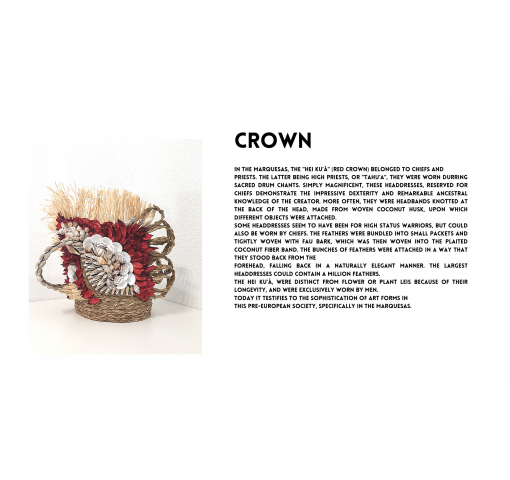 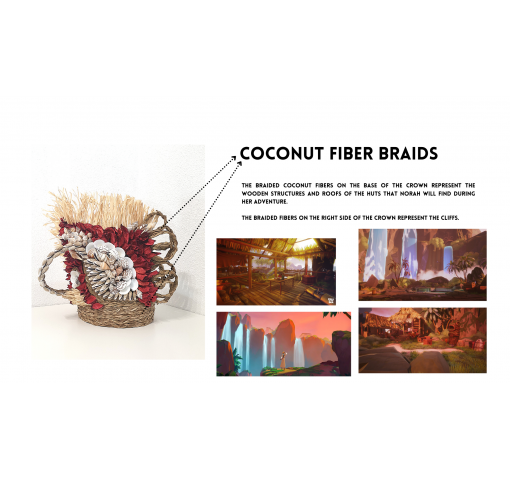 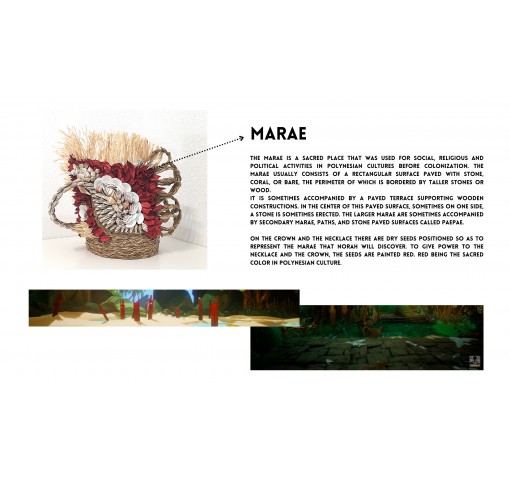 Art inspired by the game: Call of the sea

"My relationship with video games:
I was born in 1987 and I come from an island calledNew Caledonia. More precisely at28000km distance. In the South Pacific. In our islands,we are very far from the world andfrom European Society, so coming from very far away,the world of video games was littleknown. So if in Europe the video game was alreadyvery advanced, for us everything wasvery different. Our life in the islands had nothingto do with the world of video gamesbecause in our islands we had fun in another way.We played on the beach and we had funwaging war throwing rotten fruit at each other, countingin teams of two, how many rottenmangoes we managed to throw at the other team. Wecalled it the Rotten Fruit War. It wassuper fun. For our parents this was a big problembecause in the islands at that time noteveryone had a washing machine to clean our clothesfilled with rotten mango stains. In the90s, on local television, to start the fashion oftelevision series like, Beverly Hills etc...Because of television, our parents did not pay somuch attention to us as they becameaddicted to television. Because they were blockedin front of the TV they had no more timefor us. So, as the television was more important thanus, we could no longer go and play inthe garden because if we were in the garden, theycould not be in front of the television. Tobe able to see TV and have us close to them withoutthem having to watch us, they had usbuy SUPER MARIO 64.Wawwww! It was impressive while my parents were watchingTV, we were with Mario. Iremember with my brothers and sisters we were arguingso that everyone could playbecause we only had a Nintendo for 6 children. Itwas war. I remember that to set the tablefor dinner we did a lottery title and if you pullout the paper with written Mario, it was up toyou to set the table and throughout the evening wecalled you Mario. We quickly becameaddicted to Mario. For Christmas my parents pleasegive us SONIC 2. It was war betweenus because we were arguing so that everyone couldhave their turn to play. What I likedabout games was mostly the drawings of the time. Thenwe got older and we started to getinterested in table games because the competitionwas equal but we were such a fan ofvideo games that we could not do without them. Sonicwas great because there was thebeach and the coconut trees. For us it was great becauseit was like home. Then we got toknow Street Fighter. We discovered a different landscape.Japón, Japanese houses etc.... Iwas very curious as to how the drawings and the charactersin video games could be soreal. Especially fighting games like Tekken, Streetfighter and Mortal combat. We don't talkabout Mario anymore. For us, we knew Japanese artand culture thanks to video games.Thanks to that we started to choose our games accordingto the countries we saw. Not longago, Out of the Blue offered me to meet the team becausetheir project was to create a videogame that would take place in the Pacific Islandsand it was really like a return to childhood.

Art:
The art of the game, The art of playing, The art offeeling, The art of strategy and Thetraditional art. My relationship with art is reallybased on the cultural vindication in General. Ilike the idea of being able to make people travelthanks to an object, a work or an idea. Artallows me to disconnect from my daily life. Withouthaving to go to distant lands to get awayfrom it all, it allows me to escape mentally. It representssomething whose direct usefulnessin our lives is more difficult to perceive than ourusual occupations. I like art. I admit that Ihave trouble with certain works but hey, after havinganalyzed, generally I change my mind."

How does it work?

You place a bid on the item, you enter the max amount you are willing to pay for the item. If the item is $1.00 but you know it is worth $15 to you. You can put a bid of $15 on the item. The seller and other bidders do not know your maximum bid amount. Then our system places bids on your behalf starting with the next bid increment for the auction. The bid increment is the amount by which a bid will be raised each time the current bid is outdone. It is predetermined based on the current highest bid. See the increment table below.